Telepathy is direct brain-to-brain contact. In x0 it is a poorly developed human sense somewhat like touch or smell but understood far less well. It is most often an emotional feeling received from someone else which is sometimes accompanied by a mental image, or sounds or words heard in one’s head including tunes or songs. It can also involve a physical sensation such as falling, nausea, or cold, or the memory of a smell, touch, or taste.

After I writing x0 I began to occasionally search for news about telepathy, and I noticed an increasing number of stories about using technology to achieve the same effect as psychic powers. In 2013 I described a story in Science about lab rats who had their brains wired together such that what one rat learned could be transmitted by direct wire to the other. Turns out that the other rat listened better if he got a treat for doing so (big surprise) but basically they communicated pretty well with what the researchers call a BTBI (brain to brain interface).

A couple of months ago Mark Zuckerberg made news by saying that the future of communication is telepathy. In a Q&A session with site users, he wrote “One day, I believe we’ll be able to send full rich thoughts to each other directly using technology. You’ll just be able to think of something and your friends will immediately be able to experience it too.”

The Washington Post responded with a well done article analyzing how this could work. They talked about the linked rats, as well as a University of California at Berkeley study in which a team of cognitive scientists managed to reconstruct clips of movies their subjects were watching, based solely on measurements of their brainwaves. They described how in another experiment involving a noninvasive technique called “transcranial magnetic stimulation” test subjects in India were able to think words to test subjects in France. The Washington Post added that “the process was painfully slow, however, and the words weren’t sent in their entirety — they had to be encoded as binary digits, uploaded to the Internet, sent, downloaded and then decoded as flashes of light.” Yes, painfully slow.

The article quoted Mark Harris at the MIT Technology Review as saying “‘Telepathy’ technology remains so crude that it’s unlikely to have any practical impact.” It concluded by noting that “even if Facebook isn’t leading the charge toward telepathy — a worrying concept in itself, given the site’s past indiscretions re: research consent and user privacy — the field poses tons of ethical challenges” which, lucky for us, “is many breakthroughs and advances away.”

Yes, it is. But it is worth remembering that most big advances began very slowly, at first, and their use and their impact were poorly understood. For decades, many people laughed at the idea of a fancy machine replacing something as reliable as a horse. We all know how that one worked out.

Posted by Sherrie Cronin on October 7, 2015 in telepathy

What did I say wrong?

The process of writing a book about telepathy gave me plenty of opportunity to think about how we as humans provide comfort and support to each other. Or not. In my book I treat empathy as a sort of “baby telepathy” in which the truly empathic can feel the pain of another, as they live one step away from reading another’s thoughts.

In real life, we all know people who are kind of like this.Yet even these concerned, caring types don’t always say the right thing. In fact, sometimes they come out with awful responses, in spite of their obvious empathy, and they often expect to be excused because their heart was in the right place. It seems like it’s not always enough to have a caring open heart. Why? I think that even the most empathic people feel the need to express their own fear, anger, and sorrow or just to make observations or share what they know. Being empathetic doesn’t make you any less human. 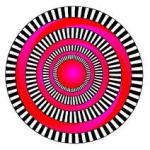 I was delighted to come across an article in the Los Angeles Times called “How Not to Say the Wrong Thing” by Susan Silk and Barry Goldman. It describes an approach for how to share your own observations and feelings in a crisis. It’s called “comfort in, dump out”. Basically you getting out a piece of paper and literally drawing rings around the name of a person having any kind of a crisis. Closer rings then get filled in with the names of those closest to the person: immediate family and best friends. Then, coworkers, friends and acquaintances, and distant family members all go in increasingly distant rings by name or in groups. Finally you put your self in the appropriate ring, whatever it may be. Now, the way to avoid unintended ghastly behavior is to say nothing but comforting things to those inward from you. Period. Nothing more. Just comfort. On the other hand, you can rant and rave, or share your fear or knowledge on the subject involved all you want with those in rings further away than you.

I came across this article by way of one of my favorite blogs, called Otrazhenie. Please check out the blog article here. There is a lot of interesting embellishment, and the site is well worth a visit!

Posted by Sherrie Cronin on November 16, 2013 in empathy